This piece came from a prompt called “The Five Word Free Write” (for a detailed explanation of this prompt, click here). I always use different words, but the five words I used this time were:

I had just returned from visiting a dear old friend in Hawaii. Here’s what I wrote:

Some part of myself I left behind in adolescence comes roaring back, even as I struggle with the middle-aged body that has 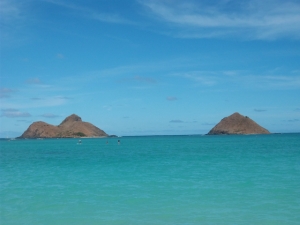 replaced it. The rotator cuff injury is healing—albeit slowly—and I can lose the extra weight I’ve put on if I just exercise regularly. But those thoughts don’t always curb the hopelessness that springs up some mornings, along with a stiff neck.

What does curb that hopelessness?

The unbridled laughter in my friend’s kitchen, recalling a character we both knew in high school; her spot on imitation of her nasal-voiced mother; sexual innuendo so inappropriate and absurd that we both go silent for a moment, then inhale deeply, breaking into stomach-burning giggles.

There we are: two sixteen-year-olds in forty-six-year-old bodies. Old friends.

Lying on the lanai, the aqua-blue bay in the distance bathed in white light, we touch on the wistfulness of being single and without children. We dream up a trip to Australia and New Zealand. We imagine foster children and a partner with a foreign accent. We make plans to collaborate on a Hawaiian yoga and writing retreat, complete with visits from sweet dogs who never shed and cats who kiss our toes with sandpaper tongues.

One night, we float in front of Waikiki Bay, and the Mai Tais go right to our heads. We deconstruct the melted fennel mashed potatoes with a Hawaiian waiter named Mary, while I enjoy her dimples. Another night, Tiki torches glow in the distance; the waiter with the golden eyes recommends the Opah and reminds us to save room for the chocolate soufflé. We’re in paradise, yet we somehow keep circling back to the kitchen table on Clifton Court, in the house where I was a teenager. We circle back to a lazy summer afternoon when we were only sixteen or seventeen. And there we are with my mother’s early onset dementia, her repetitious, nonsensical chatter. There we are only a few years after the death of my friend’s father. Two teenagers surviving loss with a cool sense of acceptance.

What a gift old friends are, I think. Standing witness for us for such a long time. Helping us see what hasn’t really changed in our lives, when so much has.

I tell myself, it’s the warmth of the place, the easy way of the people here, my friend’s no-nonsense attitude about living and growing and taking care of yourself. But it’s something else too: some part of me that was never broken. That brave young person who didn’t want to run away or escape, but instead, sat at the table with all of it—with all of them, now ghosts. He’s still here with her: that part of me that was always able to be present in the easiest, most authentic ways. 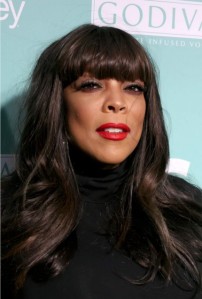 This prompt involved giving everyone an “Adult” fortune cookie, which I bought in San Francisco’s Chinatown, at The Golden Gate Fortune Cookie Factory. They weren’t exactly X-rated—they were saucy at best—but they were silly and great fun. We read them out loud and then wrote down some phrases or words that stood out to us. I wrote down these words, and then wrote what follows:

Her texts came early in the morning, one after the other, so my dresser started vibrating. “Grrrrl,” she wrote, “you’ll never guess where I am!” But her iPhone auto generated a GPS message, so I did know. “I’m at the top of the Eiffel tower!” The next message read, “And you’ll never guess who I’m with!” There was a picture attached, but I could have told you that the handsome bald guy with blue eyes was Officer Harvey, Jon Harvey. I knew him well. “Honey,” she wrote in the next text, “the sun is setting and I’m wearing real girl panties from the lingerie section of La Samaritaine!”

I turned the phone off at that point. I had to. I know it’s normal to feel as if your fictional characters have real lives, but when they start texting you from Paris, well, it’s just annoying.

The thing is, I like Shantel. She’s my tranny hero, but now that she’s been liberated from my psyche most days and is waiting in limbo in a blue file of raggedy-edged notebook paper, I think she’s getting impatient. Okay, that part of me— who is a six-foot tall Afro-Brit transsexual with a fierce weave and a tiny Amsterdam apartment in the Southern Canal Belt— is getting impatient.

“You’re working on a cookbook?” she asked me recently, not even incredulous, just annoyed. “What on earth for?” When I told her it’s a project I feel I can contain somehow, can envision as a whole, she simply said, “Darling, you have simply got to publish my story so I can become a screenplay character. I was born to be in the movies.” Great, I think. Who’s going to play you? Wendy Williams? But this is the problem with fictional characters: they live in your head, so she said, “I heard that, and it isn’t a bit funny.”

Maybe I’m just jealous. I went to Paris with a lover once, but my man and I argued a lot, my favorite restaurant had closed for summer vacation, and we waited until our last day to see the Louvre: it was closed. Readers take note: the Louvre is closed on Tuesdays.

Shantel’s all woman now, and she’s got herself a man who loves her. I don’t. She’s watching the sunset from the top of the Eiffel Tower and she’s wearing cute underwear. Not me. (Well, my undies are okay, but not panty pretty.)

Anyway, who cares, ultimately? She’s a figure of my imagination, right? She only goes where I imagine she goes, and only wears what I imagine she wears. Still. She’s having a lot more fun than I am. She’s having great sex, and she’s probably eating at Le Petit Prince tonight. They’re open for her, no doubt. Or maybe I’m just imagining that too.